OHB – From team of five to global player

Through ambitious expansion work, OHB developed from a ship repair business with five employees to the third-largest provider of aerospace systems in Europe. The vision of company founder Manfred Fuchs – that satellite systems can also be small and inexpensive – played a key role here. With this idea, OHB established itself as an aerospace system provider and remains true to this philosophy even today.

Among other contracts, OHB was commissioned to develop 34 satellites for the European navigation system Galileo, and together with Thales Alenia Space it is supplying the third generation of Meteosat weather satellites. In addition, as a system manager for the asteroid defense mission Hera, under the authority of ESA, OHB is also contributing to protecting the Earth. 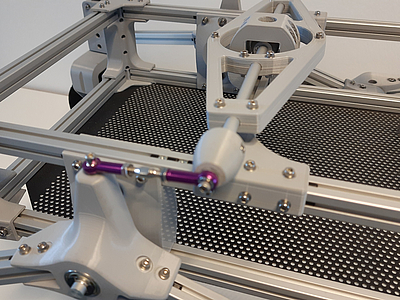 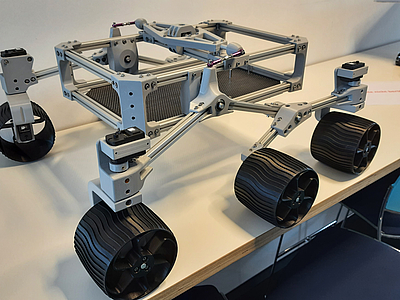 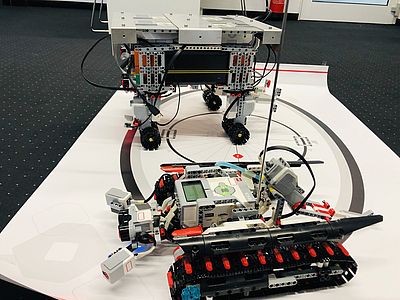 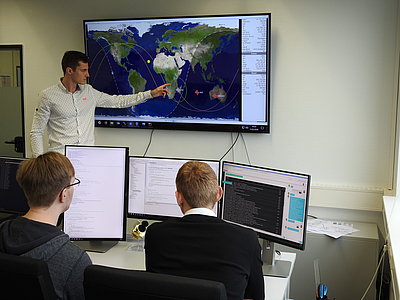 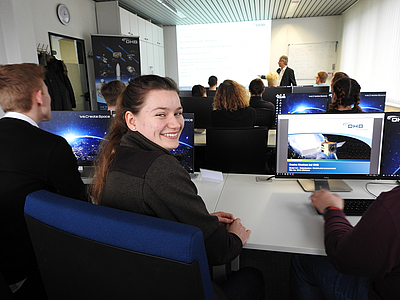 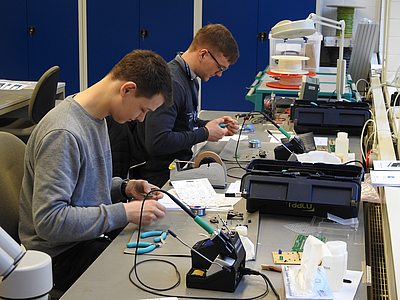 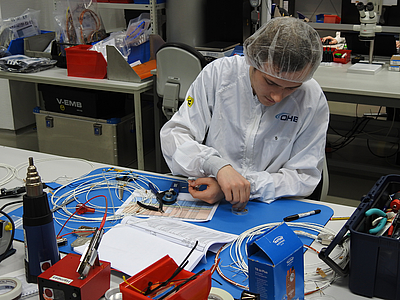 In addition to the theoretical parts at the university and the vocational school, students complete two technical projects: In the space robotics module, they program LEGO® robots, and in the practical "ground systems" section they develop future-oriented applications in the area of artificial intelligence (AI).

It takes four years to complete the degree apprenticeship integrated with vocational training. Students earn a Bachelor of Science degree in technical informatics (computer engineering) and complete the training as an IT specialist. The study program also includes an in-house company internship. The goal is a permanent position at OHB.

In collaboration with the University of Applied Sciences, OHB offers other theoretical, aerospace-oriented, and practice-oriented modules. Here, students become familiar with the entire spectrum of metal processing, working with electrical components, and additional informatics applications. In the satellite systems module, students build their own small satellites.

The degree apprenticeship in "Mechatronics/Space Systems Engineering Application," which features integrated practice, takes three-and-a-half years to complete and also includes a six-month internship with the company. Students earn a Bachelor of Engineering degree. The goal here is also a permanent position at OHB