The working group “Latin American History” is a part of the History Department at the University of Bremen.

The subject of our field, the history of Latin American, can be subdivided into four periods:

At Bremen University the History of Latin America will be taught from the Conquista until the present. The emphasis in research is currently placed on the 19th and 20th century. 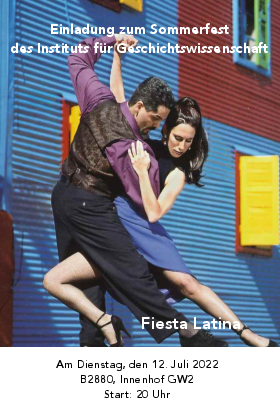 On Tuesday, July 12th the summer festival of the Institute of History will take place in B2880 and the inner courtyard of GW2. It starts at 8 p.m.

On 7th of July 2022 from 12-16 p.m. the "International Campus Day" will take place in the glass hall of the University of Bremen.

We are happy to start into the summer semester 2022 with you.

The 26th International Bremen Film Conference, which will take place from 18th to 21st May 2022, is dedicated to the relationship between "ecology and cinema".

END_OF_DOCUMENT_TOKEN_TO_BE_REPLACED 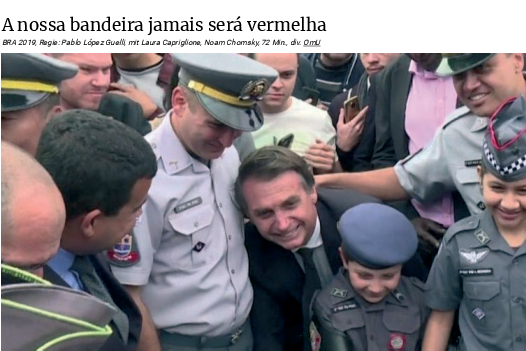 On Thursday the 18th November 2021 at 6 p.m. there will be a Film-screening in the City46 moderated by Dr. Ricardo Borrmann. Luis Ludmer (Advisory Board Member and Archive's Manager at Instituto Vladimir Herzog) will also be there as a guest.

From 16th- 18th November 2021 the workshop „Intellectuals, transatlantic exchanges, archives, and media: history and memory between Latin America and Europe“ will take place at the University of Bremen.