The Alumni association at the ‘Bridge Between Yesterday and Tomorrow’

The material is stored very meticulously in uniform, consecutively numbered boxes at the archive. Historic documents in form of posters, certificates, letters, and pictures from ten centuries are stored on twelve kilometers of shelf-space at the Bremen State Archives. They are kept in rolling stacks inside a cellar with special climatic conditions in order to preserve the knowledge unscathed for the future.

We were given a tour (split in two groups) through the reading room, the cellar, and the restauration workshops where we had room to learn and debate. Nowadays, the topic very quickly moves to ‘digitalization.’ It has become everyday life to have easily accessible information on the internet. Digitally archiving twelve kilometers of shelf-space, however, is very challenging. Apart from the initial digitalizing of the documents, which is a very time-consuming task, the maintenance of the material on servers is a much more complex and expensive endeavor compared to storing the paper documents, said Prof. Dr. Konrad Elmshäuser.

The Bremen State Archives are a so-called ‘living archive’ – materials such as estates or official documents are submitted and subject to a decision-making process that will determine which objects have a lasting value for the future.

During our tour, we spotted a large pile of documents by accident that had a note on them reading ‘flyers University of Bremen.’ Having been collected over three decades, this collection of flyers – an estate that made it to the archives – is “a treasure of the history of the University of Bremen,” Prof. Dr. Emshäuser stated.

After the tour, we were invited to stay and talk about what we had seen.

We would like to extend our heartfelt gratitude to Prof. Dr. Elmshäuser and the staff at the State Archives for the look behind the scenes and the great atmosphere we experienced at the Bremen State Archives! 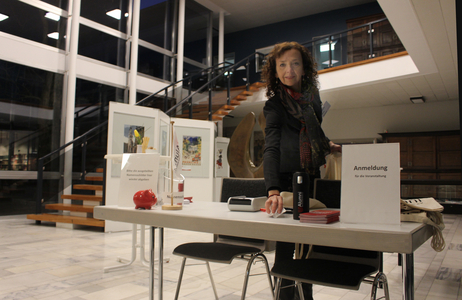 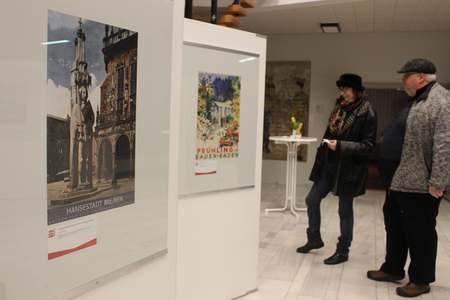 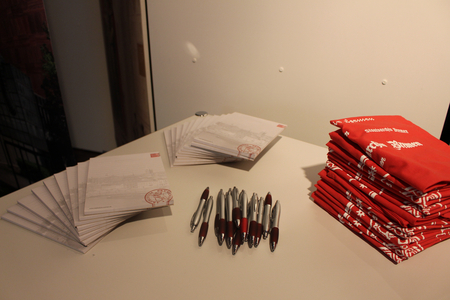 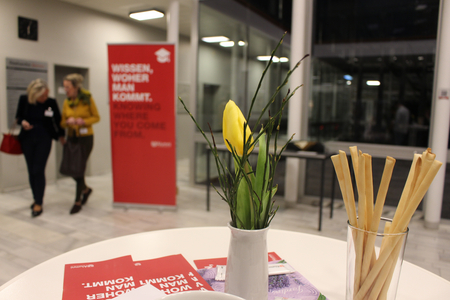 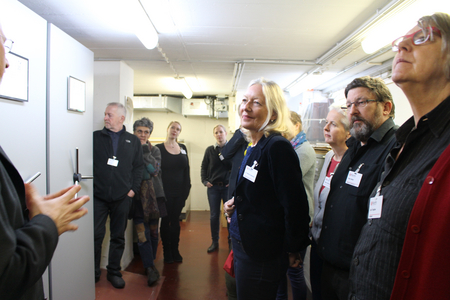 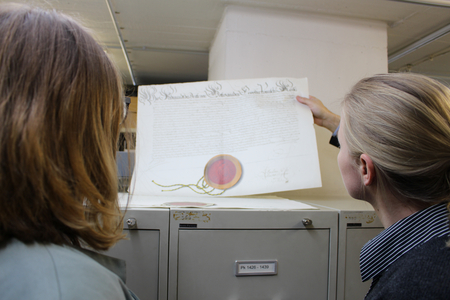 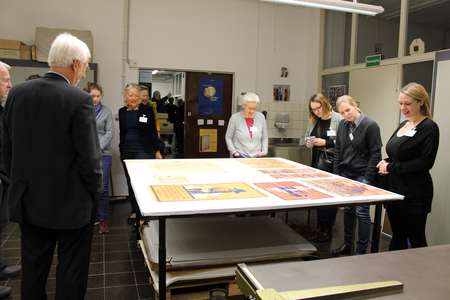 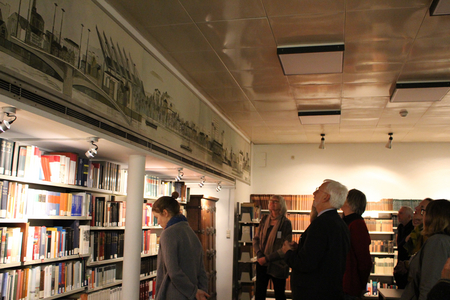 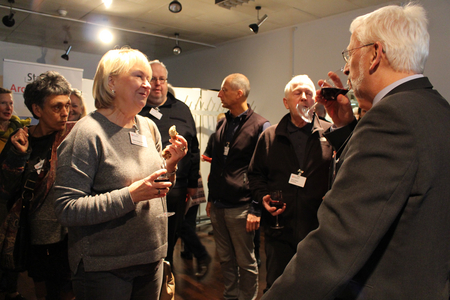