END_OF_DOCUMENT_TOKEN_TO_BE_REPLACED

„Growing up in the true pearl of the North“ ~ What it‘s like to be an 18-year-old in Bremen today~ Chapter 1: Domsheide - Keys to the City

So, here we are! The „Domsheide“: one of the most important transport hubs in Bremen.

Here, trams and busses can get you to basically any city district you wish.

As I mentioned in my short introduction, my former school used to be located near the Domsheide, which is the reason as to why I saw the sometimes pretty, sometimes strange facade of this place almost every day.

All kinds of people roam around here; some to get to the inner city, some to get to work as well as children and teenagers going to school to name a few.

I -of course- was one of the many young boys making their way to school there every morning.

After school was finished, my friends and me often went to pay the „big golden M“ (also visible in the upper pic) a visit to fill our junk - food - addicted stomach. At one point in my school career, I went there so often, the staff started calling me the „McRib - guy“ (which is the burger I always ordered). When we weren’t in the mood for that, we sometimes also went to the most famous Kebap shop of the Domsheide; located just next to the big M (depending on where you come from, you might not even know what a Kebap is, which in itself is a DAMN SHAME!). When I started going there - which had to be about in sixth grade- the people working there sometimes  mistakenly told me I had to pay them more, than what I actually owed them. Looking back, they obviously just made some little, insignificant mistakes, which is quite understandable considering the masses of people giving up their orders at the same time. Still, after those experiences shy, young Kasper stopped going there for a while. Fortunately -after regaining my confidence- I once again went there and by now I would even consider myself something of a local; I can wholeheartedly recommend the shop! It is a little expensive compared to other Kebap - shops, but that’s owed to it‘s location in the city center and overall higher quality of the interior and food.

There are also multiple bakeries on the Domsheide; one of them is from a famous Northern German bakery chain and is located just behind one of Domsheide‘s bus stops.

In my later school years, I used to head there during the twenty minute break between classes to get some pretzels, sandwiches or some cold pizza slices. The price tag on those can be quite hefty, but nothing out of this world. The staff is usually very friendly and the shop has some nice big chairs to relax in (during non Corona times).

Now, let’s talk a little about the atmosphere of this busy, sometimes hectic and loud place.

The very first thing you‘ll probably notice when going here (by day) is the striking sound of trams arriving and leaving, often ringing their electric bells to get people out of the way. In the most busy hours of the day, these constantly repeating sounds can get quite annoying, but you’ll get used to it, trust me. On the other hand -as some of my Arabic and Indian friends told me- this is absolutely nothing compared to the busy streets and places in Cairo, Marrakech or Mumbai for example.

As I already mentioned above, the Domsheide can be used to take a look at Bremen’s society at its most vibrant; you’ll see people in a Tom Ford suit heading into the city to get their bespoke cashmere turtleneck with their name carefully stitched on the inside, as well as people living on the street and people doing performance art (who could potentially also live on the street). They usually perform feats such as standing still like a statue or moving like a robot (for example), which is very impressive to say the least! Maybe when you happen to come by one of them sometime, you could give them your pocket change or even buy them something to eat or drink :)

I recall that one day (has to be about three years ago now), I gave a homeless man sitting in front of one of Domsheide’s bakeries most of my lunch money; I laid it in his hat, where a few other donations could already be found. When he noticed the amount of money I gave him, he jumped up and immediately hugged me. This encounter definitely made my day back then and left me feeling good about myself and about the power every last one of us holds to bring a smile to someone’s face.

At night, the atmosphere completely switches; the masses of people are gone and the sound of incoming trains and busses becomes a little or rather far less frequent (depending on if it’s past 12 PM). It has kind of a tranquil vibe, being all alone on such a huge place at night, with no one around. Sometimes you see lights going on and off in the windows of one of Domsheide’s big office buildings; growing up, I always asked myself why people bothered to still be at their workplace this late in the evening. Well, having collected some experience working myself, I guess I understand now ;)

To sum it all up, the Domsheide kind of „accompanied“ me from when I was just a little boy to who I am today (still a little boy at heart). It was one of the few constants in my life; I could rely on seeing its face five times a week, no matter the circumstances surrounding this point in time. The place definitely grew on me, all while I was growing myself, on the outside such as on the inside.

From being afraid of huge masses of people to barely noticing them anymore, from being afraid to order food alone to doing it almost robotically as an everyday „chore“, from being caught up between long legs of tall people to almost towering over some of their heads now; it all started here.

Because of those reasons, I thought it was only fitting to start my little blog talking about this certainly extraordinary place.

The Domsheide also leads to multiple parts of the inner city: like the „Schnoor“ or the „Marktplatz“ , but I’ll write some dedicated chapters for these locations, so let’s not get ahead of ourselves ;)

I hope you enjoyed this first little chapter and will stick around for the second one! 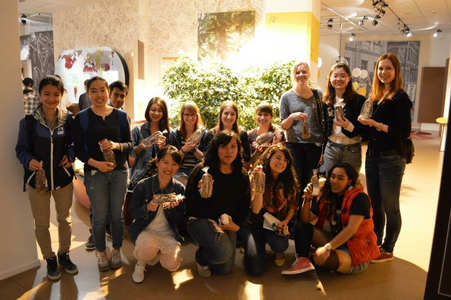 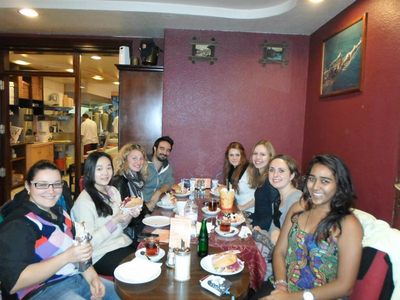 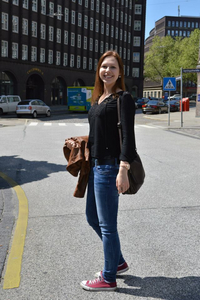 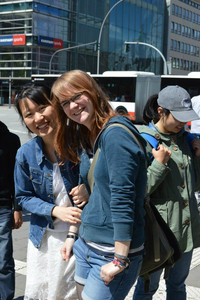 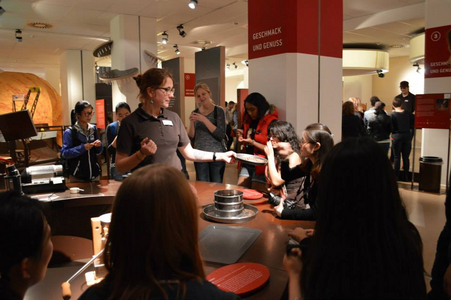 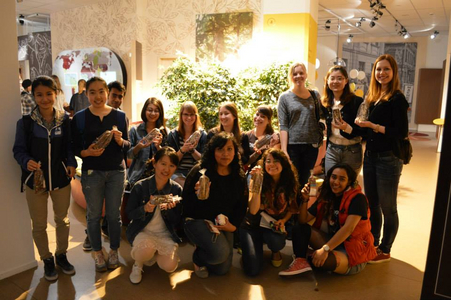 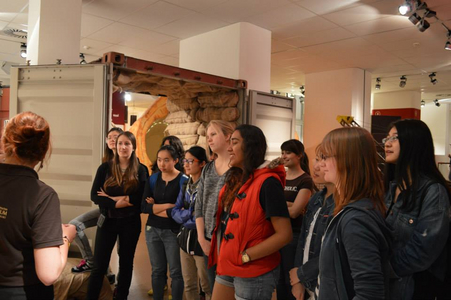 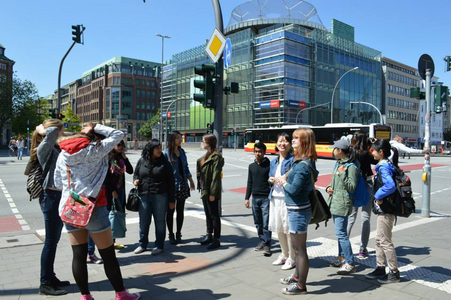 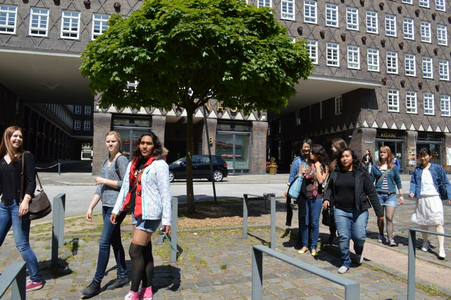 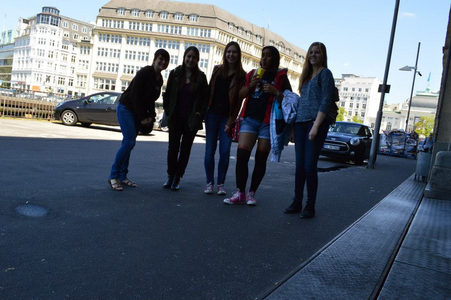 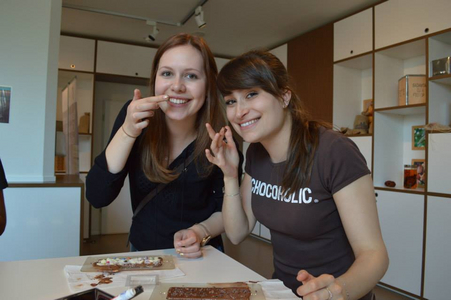 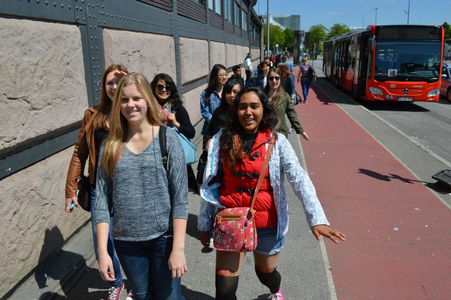 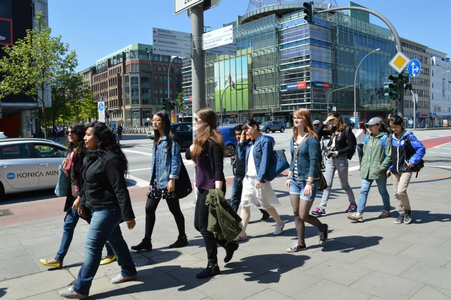 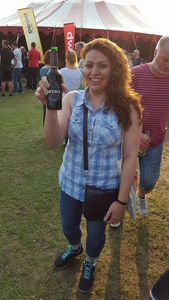 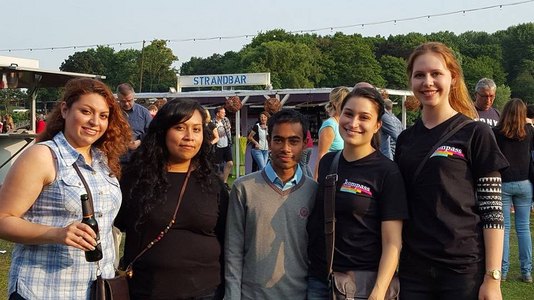 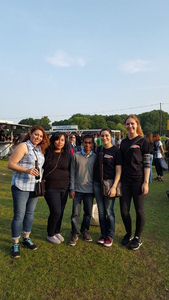 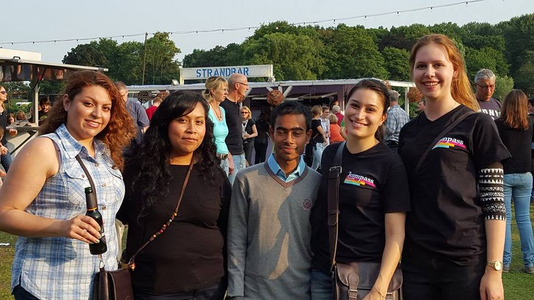 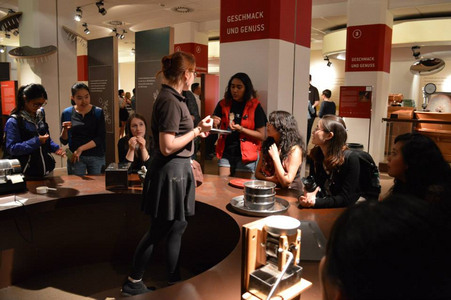