The worldwide COVID-19 pandemic as well as previous crises, like the global financial- and the European refugee crisis, has unearthed the fact that some people are able to cope with these kinds of situations in a more productive way than others. We attribute this to different coping strategies, which people apply to situations of inherent uncertainty. As a wide range of possible coping strategies -- ranging from gathering information to believing in conspiracy theories -- exists, the remaining question is, which of the possible coping strategies are actually expressed and applied. To this end we investigated a total of 1.6 million public German tweets, with respect to possibly expressed coping strategies. More than 3000 tweets were annotated, using predefined categories, which themselves correspond to certain coping strategies. These 3000 tweets were then used to analyze possible correlations with direct mandates in the 299 German constituencies. This talk summarizes the overall analysis approach, as well as the results of exploratory analysis of the entire 1.6 million tweets. Furthermore, preliminary results on possible correlations with the direct mandates are presented.

About the Data Science Forum
The Data Science Forum offers scientists from all disciplines and faculties the opportunity to present and discuss their research, interests, and challenges related to data science in front of an interdisciplinary audience. All topics in the field of data science can be addressed including general aspects of big data and data-intensive research, the development of state-of-the-art data science methods such as artificial intelligence, the application of data science methods in various research areas as well as the investigation of legal, ethical, and social aspects.

His research group at the Institute of Biophysics is dedicated to basic principles of cellular motion and biological physics of Physarum polycephalum. In recent years this slime mold has become a model system for (basal) cognition. Since 2016 Hans-Günther Döbereiner has been organizing the ring lecture series Universal Properties of Decision-Making, which builds a bridge between the humanities and natural sciences. In 2020, he became spokesperson of the consortium National Research Data Infrastructure for Disciplinary and Transdisciplinary Physics.

It is our pleasure to cordially invite you to the first KoMSO Academy: Combining model- and data-based approaches for industrial problems on September 14 to 16, 2021 in Bremen. The event is jointly hosted by the Center for Industrial Mathematics (ZeTeM) and the Committee for Mathematical Modeling, Simulation, and Optimization (KoMSO).

The KoMSO Academy is a new format combining our well-known Challenge Workshops with hands-on training courses. Focus of this Challenge Workshop will be on the combination of model- and data-based approaches for solving industrial problems within the fields of "Energy" and "Mobility".

END_OF_DOCUMENT_TOKEN_TO_BE_REPLACED 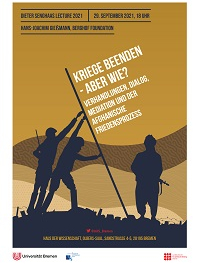